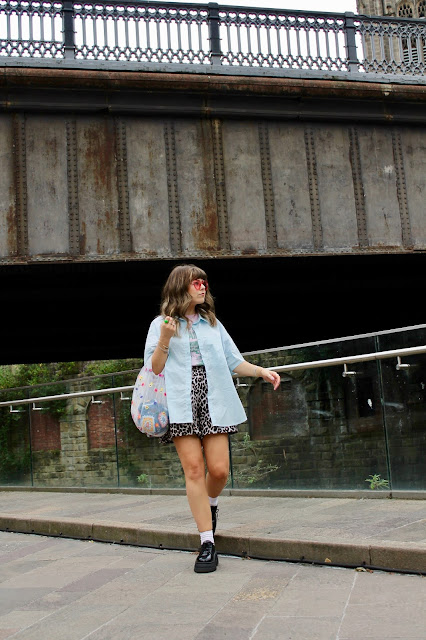 Hello! Not quite sure where the heck the time has flown to but here we are, approaching the one year mark since I made the move to Manchester from little old Sussex. It's honestly been a whirlwind!🤯 but most definitely one of the greatest decisions I've ever made.

It's insane how quickly you slot into a new routine, new surroundings & a totally brand spanking new lifestyle. I'd never considered myself to be a 'city gal' but again, here we are. I'd grown up a bit of a country bumpkin, fields left right & centre & the roads mainly consisted of twists & turns, with the occasional near death experience of a woodland animal as it lurks on a bend. But the city centre is a total contrast!

As a single 28 year old woman, I'm here for contrast.

Ah yes, the dating life.. shall we touch on that? So I've bagged myself a total of 4 dates so far in my time up North. Each one super confused as the last at how a Southerner has somehow landed up in Manchester. Dating was the one thing I was terrified to begin, I hate it. I'd rather skip that stage & go straight to being comfortable in your comfies, having a slob on the sofa & not giving a flying f*ck. It annoyingly takes me a while to get comfortable with someone. I'm a super confident individual, which is a very grand old trait to have but it doesn't mean I'm comfortable.

Anyway, dating's taught me a lot about what I want from a relationship & what I feel I deserve as I approach a new decade (hey 30's). The beauty of breakups & past relationships are that they give you those life lessons you kinda need to progress, as patronising as that may sound.

So for now, I'll fully suck up & embrace those 2 for 1 cocktail hot spots & feed segments of my life to the next Hinge match.

I feel Hinge is less soul destroying that some of the other dating apps..

So, I'm actually moving in with a friend next month, same apartment block but just down a floor. It'll be bizarre having a flat mate, but sharing the bills, responsibility & cooking with someone is going to be sweet. Also, I may be able to afford to put the heating on this winter.. yay! 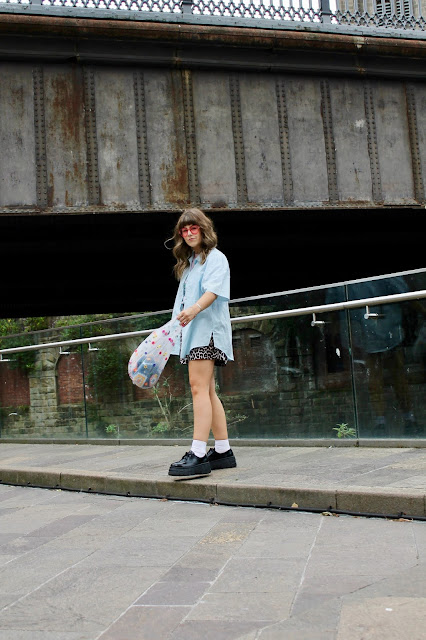 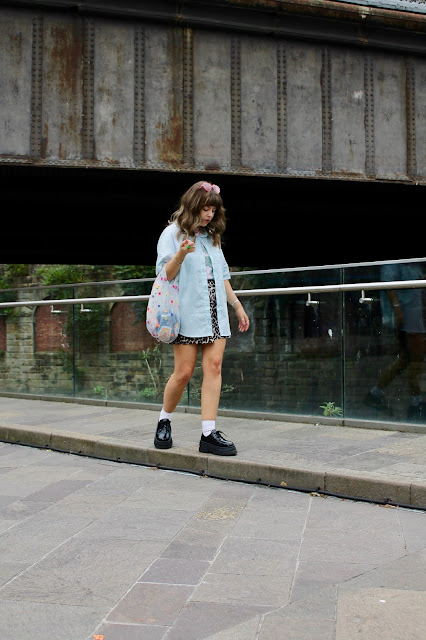 I've definitely adored living by myself, my very best Bridget Jones life as I like to say. If you ever have the opportunity to do it, I'd highly recommend it. It's been the best thinking & expressive space I could have ever wished for & it's an equally wonderful dance floor. I even treat myself to coconut toilet roll because no one can cry at me for my poor toilet roll choices. Don't hate it until you've tried it🧻

I've also finally nestled into a job that I adore! Horraaaah! I've had more jobs than dates whilst up North & I can finally say I've found a total gem. It's an incredible company, a pretty epic team & the job role itself it something I can sink my teeth into & actually enjoy? A rarity for the scatty Sagittarius who can't seem to stick to anything these days..

It also means I get my weekends to cram together than much loved content creating, which isn't going too shabby either.

So, in a nutshell, from the sweaty palmed, no idea WTF I'm doing Southerner who packed up a fair few boxes 5 hours up North.. I'd say a year on, I'm doing pretty good right now ☺️ How about you?