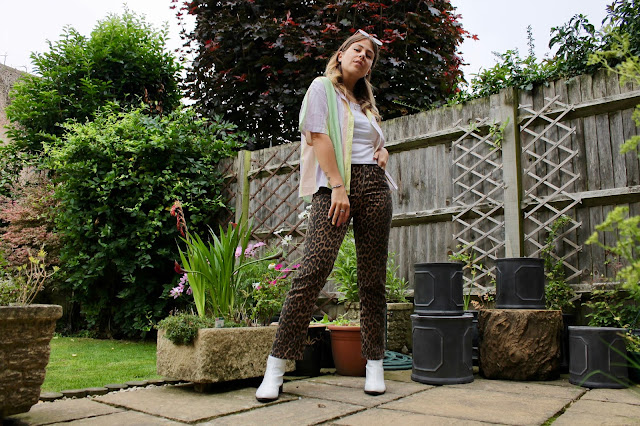 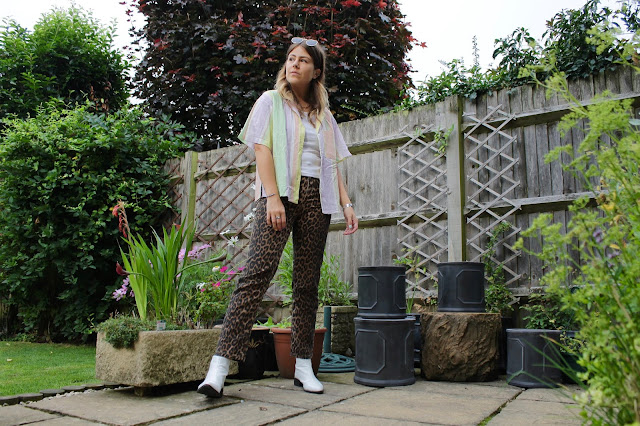 No word of a lie - these types of posts are absolutely TERRIFYING to publish. For me, I'm spilling a limited amount of raw emotion into an teeny online space & confronting some cold, hard realities..

.. but at the same time, I think it's a healthy way to reflect & lift some of that emotional weight that's been lingering for a little while now.

In all honesty it doesn't feel like it's even been 6 weeks. If you're new here (hi!), a quick summary is that my boyfriend & I of just over two years broke up back in January & since then it's been a whirlwind of weirdness & mind f*cks to say the least.


Lucky for me, I had an insanely wonderful escape route in the form of working abroad that slotted in a perfect a fortnight after the initial break up. I will forever be thankful of my Spanish adventure popping up at such a needed moment.

After the break up, I was petrified of being by myself & falling back into the 'single' category. I didn't want to be alone, especially after spending the entirety of my life single. The weirdest concoction of emotions also took the spotlight, including the likes of rejection, abandonment & failure.

6 months on & I'm chuffed to pieces that I deleted those heat of the moment dating apps. Back in January, I thought they would be my answer to picking up the broken pieces but in all honesty, they were just a distraction.

I still struggle with the thought of dating but at the same time it excites me. I think because a break up shreds you to the core, the thought of putting yourself in such a vulnerable situation after re-stacking your inner walls so high, is simply terrifying. It's also the understanding & acceptance that it's still only been 6 months & embracing the single life is totally healthy.

I even remember feeling slightly embarrassed to say to a 'match' that I'd been single for roughly 3 weeks, because in all honesty I just sounded a bit like a train wreck. I had no intention on settling into a new relationship or hooking up & I even felt like I hunted through these online matches so that I could have a 'mans perspective' on my current situation. It's a dating app honey, not a shrink.

I lost my appetite & began to hide myself away from socialising because for me, the best place was to dwell in the comfort of my bedroom with my own company. It's insane to think that emotion can be strong enough to literally rip you into shreds. 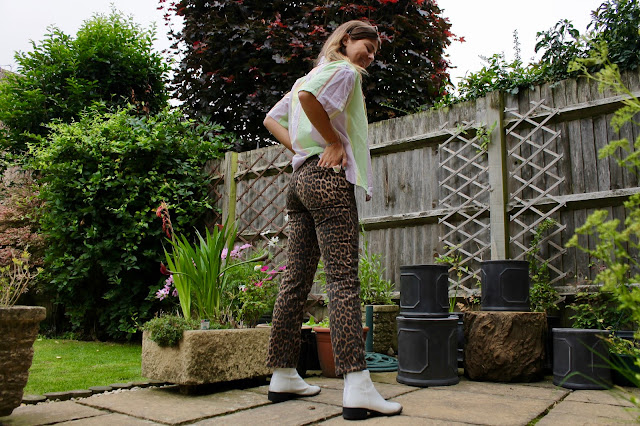 I packed up 4 months worth of clothing & essentials into 23KG & flew my butt to Valencia to crack on with a children's theatre tour.

The biggest, fattest blessing in disguise for me was not having the time to dwell on my current self blubbering situation. My team knew the spilled tea & never dug for further details unless I fancied having a juicy heart to heart. We were super crammed with rehearsals & early starts that my break up rarely had time to squeeze into my mind.

Dwelling is my bullet in the foot. It's something I'm renown for & it eats away at me when it has the chance. I've found recently after touching down in the UK that it's crept back up & has begun settling in once again, but it's something I'm working on.

Looking back now, spending those 6 months to rebuild & work on myself has been the greatest therapy. Rewinding back to the beginning, I hadn't an ounce of confidence left & rock bottom was an understatement.

I was terribly skinny & pretty unhealthy. My body had shed it's healthy weight & I was almost skeletal in some photos. Looking back, it's pretty gross to see my body in such a dramatic contrast to now. I was aware that I had very little appetite  & knew that I had begun dropping a crazy amount of weight, but it wasn't until spotting myself in the workshop mirror during rehearsals that I noticed how frail my body had become & I remember feeling super self conscious to wear leggings.

I'm not sure if it was the job role that threw me back into the pool of confidence or if it was living among the most fabulous of big, OTT personalities. But.. I've never felt more confident & dare I even say sexy?

I remember thinking to myself, girl - you've got to pull yourself together if you're going to tackle this tour & make the most of this incredible experience without letting emotion take the driving seat.

For the amount of energy you're burning up during tour, you forget how much you need to cram into your body in order to create a balance. As I lived with three tour mates who all had insanely healthy diets & lifestyles (with a slab of white chocolate thrown in for good measure) it meant it was pretty easy to adjust my eating habits & discover what my body needs/wants to be able to keep up with the role.

My confidence began to ooze back, slowly but surely. I remember catching myself in the mirror on several occasions & feel a sense of accomplishment that my body was gaining back the curves but also becoming far more sculpted than before. I'd never been one to work out or spend time sweating in the gym, so for me - my bodies never been in such a decent shape. I'd also began working on a golden tan, which lets be honest.. a sunshine glow makes any one feel grand about themselves! 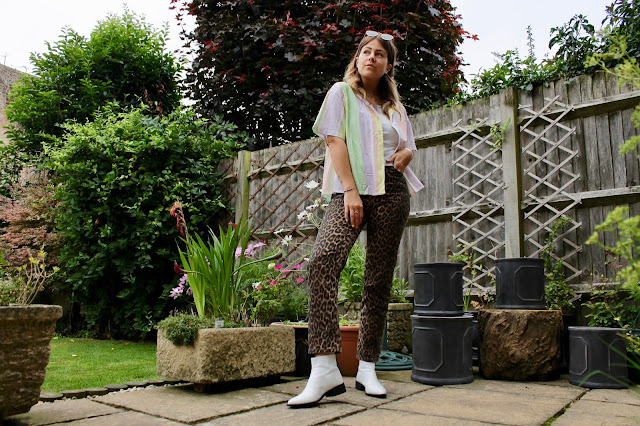 After being on home soil for 6/7 weeks it's insane how much my social life has grown due to being so focused on catching up with friends & loved ones during my Summer break. Hearing the words 'you look incredible' or 'you seem so happy' are just the cherry on top of the healing process & it's comments like that that send you sky-rocketing into a positive place.

Do I think about my ex? Of course I do & now I'm back in the same country it's hard not to let your mind wonder to what they're up to or how have things been for them. Once again, you began fantasising about the happier times you spent together & it's tricky to nail down the reasons why you ended things.

Even when I'm having a shi**er of a day & emotions are a total whirlwind, I have to remind myself that it's okay to feel down & take a break from the strong, independent, positive position I'm working on. I think as humans, it's very easy to punish ourselves for not being able to switch emotional states on & off, when in reality it's a journey & not a switch.

You may think you're having a bad day & are back to square one when in reality you've come so far & you're just having a 'pause' moment.

Even though I'm the worst at taking advice due to extreme stubbornness, I must admit that the best I've been told is 'time is the best healer' & it's 110% true.


It's also very alien to have your weekends to yourself & be able to plan away without having to consider someone else in the mix. This is something that took me a little while to get used to. I spent the first couple of weekends back in the UK with my usual routine of dossing about in my room before getting a kick up the butt to make plans & get out of the house.

I've also challenged myself to make social plans every weekend rather than embracing my home-bug attitude. It's very easy to become cooped up with your emotions & a sweet treat for company rather than throwing yourself out into the world of socialising. It also keeps me active, which is a massive bonus as my current Summer job involves sitting on my butt all day!

So, 6 months down the line & here I am. Still ticking on & focusing all my time & effort on myself. I think sometimes you need to remove yourself from your usual routine in order to have a fresh mindset & perspective, even if it's throwing yourself into a new hobby or somehow changing your surroundings.

& for anyone reading this who has just tackled a break up, believe me when I say it gets so much easier. 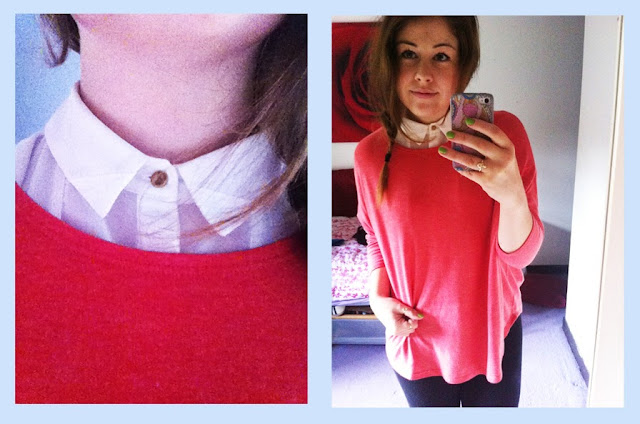 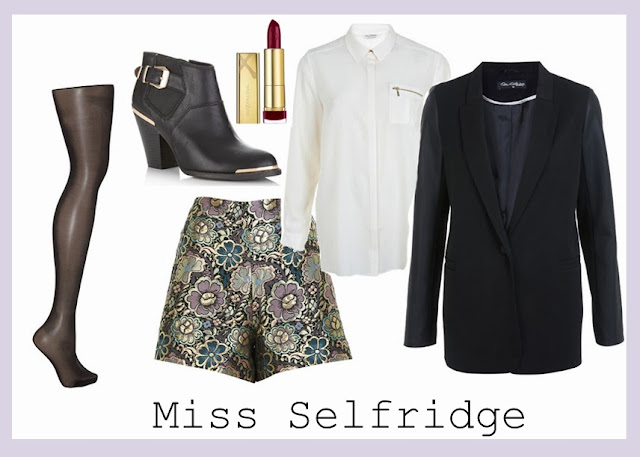