Walking Away From A Relationship 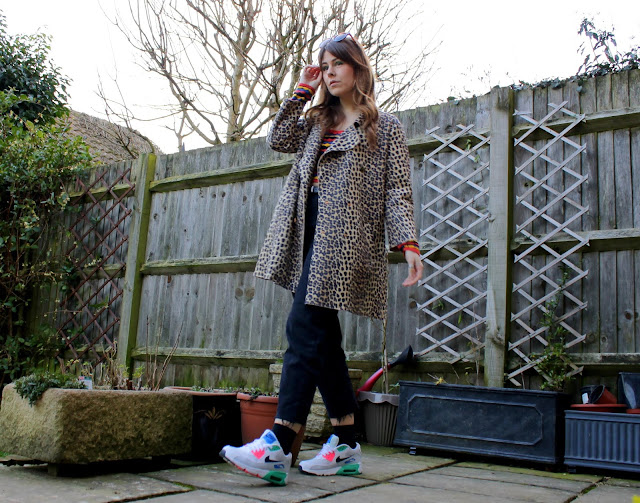 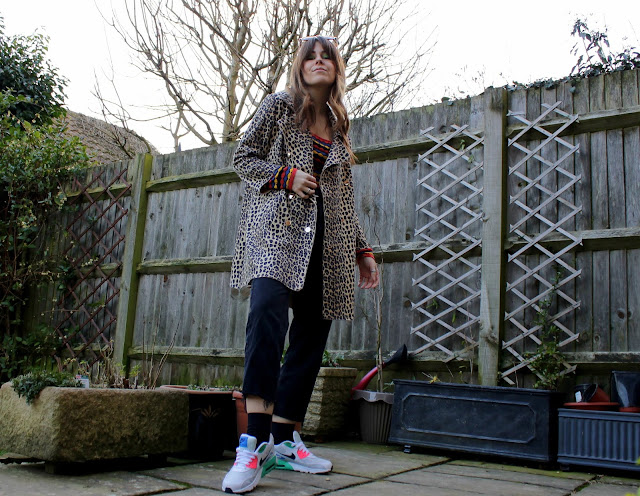 Let's just cut to the nitty gritty shall we? Just over two months ago it was a mutual decision for my boyfriend (at the time) and myself to end our relationship of two & a bit years. & yup, it was a pretty shitty time in all honesty.

There's nothing to sugar coat!

I had mentioned in a previous blog post that there had been a bit of a shit turn of events but it was far too raw & fresh to start serving out any details so soon. This post isn't going to be a dirt dishing affair as I haven't sunk to that level & nor do I believe it would be fair.

He's not a bad person & he's not solely to blame.

I've also finally perched at a reasonably 'good' part of the break up process & I can now get through several days at a time without belting out to Alanis Morissette, who has been my absolute savior!

I couldn't recommend 'You Oughta Know' enough if you fancy screaming something extra sassy.

Therefore, I now feel it would be a fairly grand time to type up this much debated post. 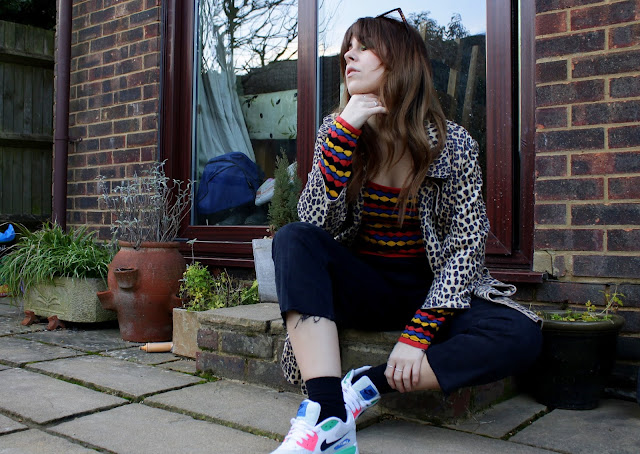 Looking back with a clearer head, I can see that our relationship wasn't as great as it once was & nothing was really going to change. I also now feel confident to admit things weren't what they once were, which for me was a pretty hard chunk to swallow & admit.

Although it's gut wrenching & painful as f*ck, it was about time to call it a day before things became ugly. We barely saw each other towards the end & we had become the most disconnected pair on the planet.

In a way I am annoyed with myself that we couldn't make things work & fix those looming problems, but then again it takes two to tango.

Although I know that no two relationships are the same, I often
found myself comparing our relationship
with others & yearning for what 'they' had. I began to resent the long distance factor & in a way I lived a single life for
the majority yet with pretty much a
part time relationship thrown into the mix, where I'd see my boyfriend a couple of weekends out of the month.

I would never refer to myself as a needy person but I certainly hold my hands up to adoring attention. When your partners time is very limited you begin to crave more & more of the stuff & unfortunately that doesn't mean you'll always be top of the priority list.

This was certainly a trickier factor for me, especially with a performing arts background & a mind that over evaluates situations. 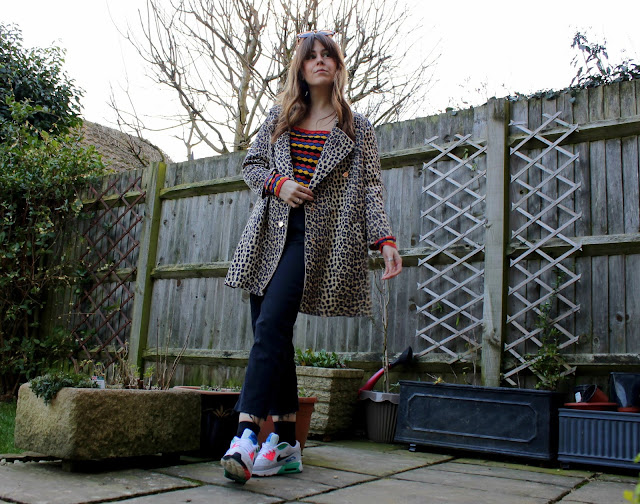 I've spoken previously about a handful of hard truths regarding a long distance relationship & to be fair, I'm still content with spending time alone & working things through with distance in the way. The only problem is once you've hit a rocky road, the distance factor becomes a complete burden & personally I found it very tricky to work through any problems when we couldn't speak face to face.

Therefore, it felt like nothing was ever truly resolved & that once again something would be swept under the rug.

I am very much a person who deals with their emotions hands on & any confrontation must be dealt with immediately. Throw long distance into that concoction & it becomes very easy to hide away from any arising problems.

I'd recently seen on Instagram from the wonder that is Sophie Milner
(honestly - what a BABE) that one of the ways that saw her through a previous break up is to write down a list of reasons that support the decision. Reasons that you know are holding back the relationship from progressing any further. These can then be reflected on to make sure you understand
and accept why you chose to walk away from what you had.

This has been one of the most incredible pieces of advice I've ever stumbled across.

You always end up fantasizing about the incredible parts of your relationship & fretting that you've truly f*cked up once its gone.

But by creating a list you can look back & remind yourself of the reasoning's & the raw realities of why your relationship was taking a tumble. This sparkly fantasy of a flawless partner is almost your brains way of masking the gritty emotion that you felt during that period of time.

At the end of the day, if things aren't working out then they aren't working out. You wouldn't exactly have walked away from something completely wonderful, right? It's very easy to forget about the not so great parts of a relationship & the reasons as to why it was all coming to an end. 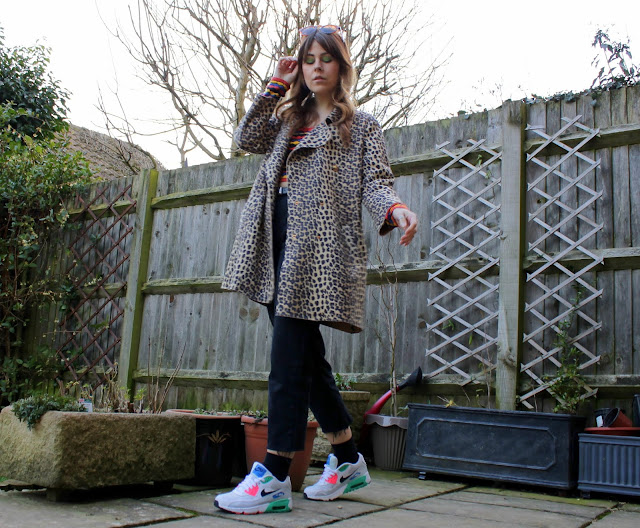 When my boyfriend & I first broke up (back last year) it was due to a concoction of emotions that neither of us knew how to handle. There was a lot of resentment & pissing each other off involved. Rather than take the time to chill out & resolve our stubborn arguing - we ended it.. via WhatsApp (I know, it was dreadfully embarrassing).

It was like being 13 again, with a Nokia 500 in hand & a little black & white pixelated message bleeping through with the words 'ur dumpd'.

Only.. more aggression & a mutual decision.

As this was my first relationship & my first major break up I found myself crying in my Mama's arms - something I haven't done in over 10 years. It certainly stung a nerve or two & I remember
the crumbling shock factor hitting like a double decker bus.

That was it. We were done.

I felt destroyed that we could't pull each other through & so pissed off that I let this one person become so intimate physically & emotionally but then just let me down. I also resented & felt so vulgar towards myself that I had allowed someone to be able to hurt me so deeply.

I am a true Sagittarius to the bone & it takes a mountain for me to be able to open up to someone & for them to gain my trust. My loyalty is a thick as thieves & I instantly felt like it had been crushed - a huge kick in the teeth for this Saggi'.


It took a few weeks for this little burning ball of fury to grow old of the crying once a day routine & checking her phone religiously. I splashed out a teeny bit on the retail therapy because for me my styling is what makes me feel confident & expressive.

I craved growing a new layer, a thicker
layer to be able to reinvent myself & carry on.

I couldn't take Fleetwood Mac off repeat because they have some epic feel good songs to see you through the shittiest of times & as mentioned previously, Alanis Morissette is a GODDESS.

I LOVE YOU GUYSSSS.

My Instagram kept me thriving, ensuring each day I would fill my grid with colourful, crisp & creative content. I crammed in a handful of social activities, for me I would rather spend the 'recovery process' by myself than choca'blocking myself into
situations full to the brim with people. Also driving - driving really was a perk of being able to escape reality, crank my music up & take the scenic route.. which was often flooded thanks to the continuous down poors in early Feb.

Not forgetting my Spanish dream of an adventure that was lurking on the horizon within the next few weeks.

In all honesty, I am not quite sure what I would have done without knowing this escape was drawing in
closer & closer.

It could NOT have come at a better time seeing as my weeny Spanish bubble has been a pure blessing in terms of distraction.

At the end of the day, I had spent the majority of my life single & therefore, I can do it again. I just need to learn how to 'slot' back into that rhythm. 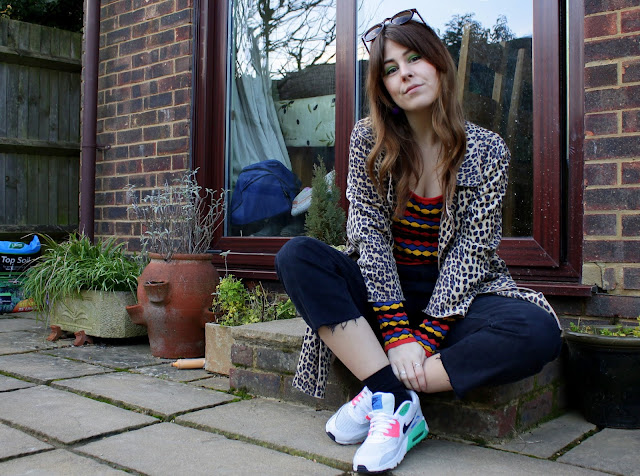 Looking back now with a fresh head & brand spanking new surroundings, I knew deep down it was time to walk away from a broken relationship. I didn't know at the time it was broken but I knew chunks were certainly being chipped away & all chips eventually lead to cracks. Of course I didn't want to draw things to a close & stop fighting for someone I have loved for over two years (& annoyingly still do) but when your nearest & dearest can see the negativity pouring out of you, you know your relationship is heading in no other direction other than scrambling head first into the thickest wall.

Perhaps down the line we'll take another shot but for now it's not working & you know what? Everything's not too shabby right now.