A Break Up; A Rekindle 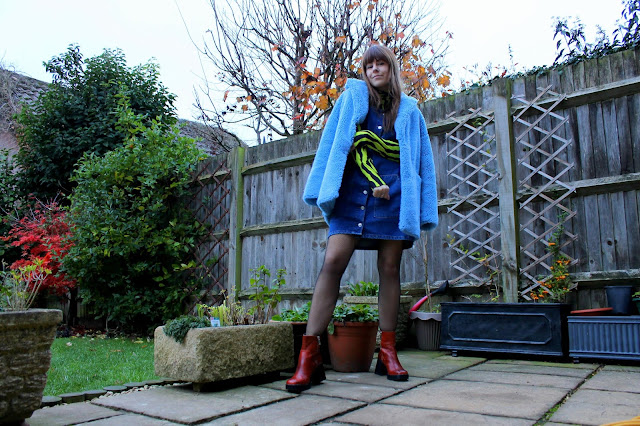 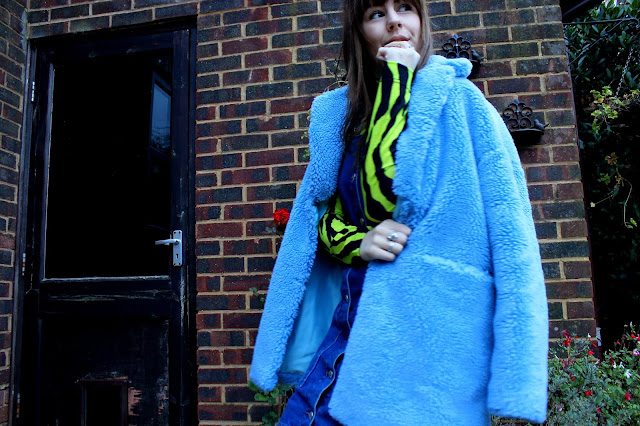 Surprise, surprise I seem to have been absent from my blog & am much overdue typing up a brand spanking new blog post. This time, my excuse is working my butt off throughout the month of October, scaring unsuspecting members of the public at Tulleys Farm Shocktoberfest, which if you don't know is a scare park nestled in West Sussex. So, please accept my apologies for not squeezing so much needed blogging, hopefully things are now back on track.

I wanted to address a pretty shit time in my life, which occurred during the middle of the year & a time that I never really spoke about on social media or mentioned in depth on my blog. I feel like I would be lying or playing the oblivious card if I never once spoke about it, which is why I thought Sunday's post would be an ideal opportunity to delve a little deeper. I also want my blog to feel raw & a place to talk about situations & experiences that aren't great because let's be honest - that's reality.


In a nutshell I experienced my first ever break up.. my GOD I was not expecting the aftermath sea of emotions that came flooding.

Yup, it was beyond shit.

But rather that delve into my own personal reasoning's behind the trigger, I wanted to have a little natter about the overall aftermath & the opinions of others that absolutely terrified me. 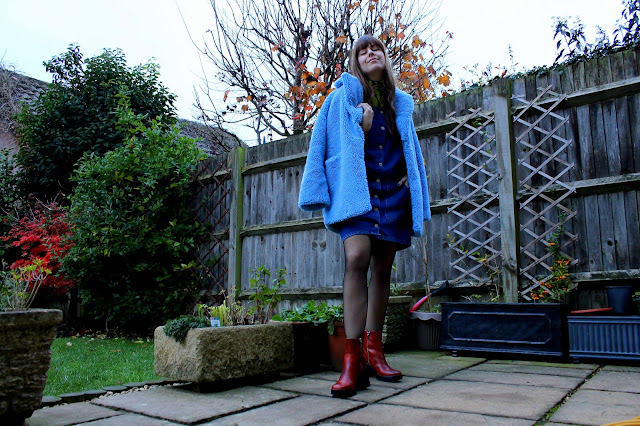 For me personally, I went into a bit of a roller-coaster of emotions & rages. One minute I felt relief, the next I felt deflated & agonized that my relationship of 2 years had ended up in teeny fragments. I was also jealous of those powering on with their adoring relationships & I was fuming that I was no longer a part of that crowd.

This was my first relationship & therefore all these new fiery emotions were super raw & unrecognized. I had always been the supporting friend, watching on as a relationship of those I loved ended & picking up as many pieces as I could. But now it was my turn & nothing could prepare me for what was about to smack like a ton of bricks.

Let's skip a couple of broken chapters & fall into the 'giving it another go' phase.

At the back of my mind I always knew that I wanted to give my relationship another chance, once I became tired of playing the hatred card & demolishing the protective walls I had built around my vulnerable self. Despite the most incredible support around me, I wasn't ready to let everything go & I knew that I wasn't willing to walk away from what I once had.

I was very hesitant to talk about my break up or even the 'round 2' as I like to refer to it. I didn't want to have anyone's opinions because I was terrified of being judged, which is insane considering the support network I had around me was incredible & not at all bombarding with opinions.

For years I'd stupidly been so ignorant to believe that if you break up, it's for a reason & that trying to work things out is just pointless. 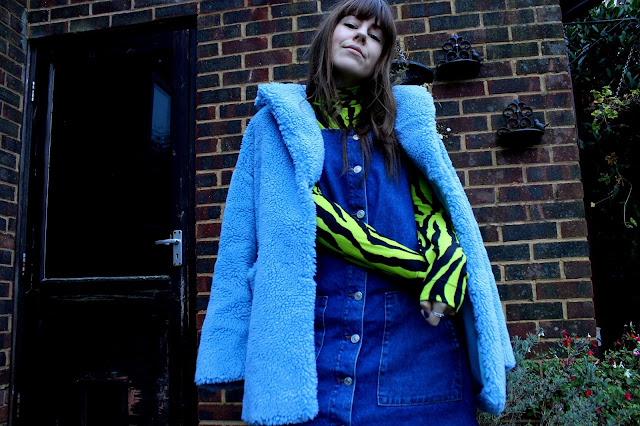 But each situation is totally unique. The circumstances are endless & the reasoning's are personal. In a way, I was probably paranoid of my own opinions, which were eating away at me. Not necessarily were they the thoughts of my friends or loved ones but they were my own, which were subconsciously there grinding away.

I told very few people that we had ended our relationship, I didn't want to keep reliving the painful story of who, what, why & how to a new crowd every time. It was plain & simple - we broke up.

The handful of friends I told were honestly the best people I could have chosen to confide in. They listened, they provided the tubs of ice-cream & they advised if I asked. I wanted to handle everything on the down low & it was the same for picking up the broken pieces to give it another shot.

I didn't want to make a song & dance about trying to work our differences out & smooth the creases in our relationship. Nor did I want to advertise a 'hey .. look who's back together'. It was also the fragile part where we weren't sure how things would roll out, would things work or would it be decided to just lay things to rest.

Even now, I have friends & family members who are completely unaware that I went through the break up. I didn't want to have any negatives thoughts or opinions on my relationship & I knew that whilst we were in the crappy, raging shit stage of our fighting I would sure as hell be running my mouth.. because I'm a pissed off 25 year old woman. So, by keeping it to a minimal set of ears, which meant that only a handful of people were the receivers of my rants. 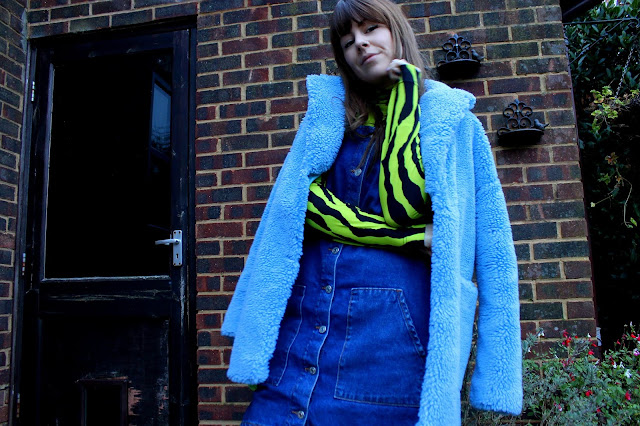 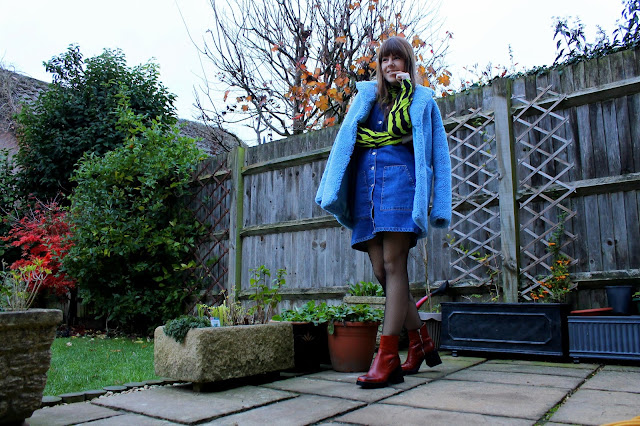 A break up is a such a personal & vulnerable stage of your life that we're all likely to experience at least once. There's no point sugar coating that bitch because it simply sucks. It doesn't seem like it'll ever get better but honey, please believe me when I say it does.

You most certainly gain your shine back once you've pulled through & seen the other side (.. & I simply take my hat off to each & every person who has walked through hell & back after a bitter end to their relationship because you are beyond STRONG).

But for those who aren't willing to make that journey yet & are giving it a second chance - please don't be afraid, ashamed or hesitant to talk about it because it's beyond tough to put all the advice aside & to try, try again.

Although I don't barge my friends, colleagues & family members about the second chance I've taken at rebuilding my relationship, I do slowly insert snippets into daily conversation. It's almost like your squeezing normality back to where it belongs without ramming it down everyone's throat. 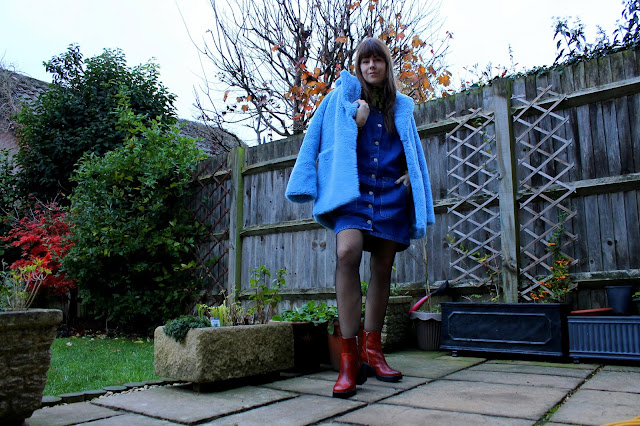 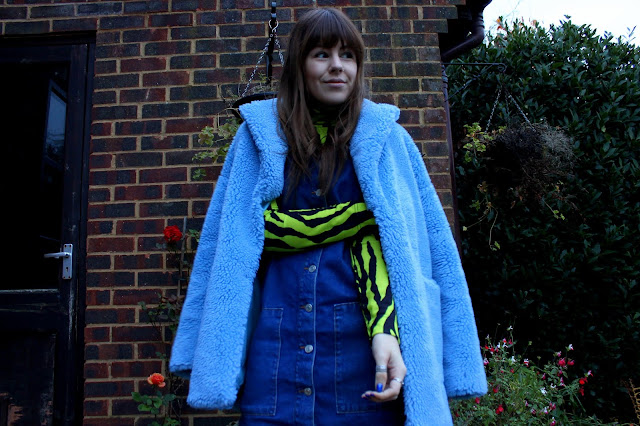 This has definitely helped me accept that I shouldn't be ashamed of acknowledging the reality that my relationship didn't work out the first time & that now we're now onto trying a new approach.

If anything - I've learnt that just because I have my own negative opinions grinding away, it doesn't mean that they'll be matched with those around you. Perhaps it means that I've always been super judgmental on situations that I haven't a fucking clue about.

I wasn't ready to talk about my relationship when everything was super fresh & frankly agonizing, confusing & plain poop. I didn't want to become someone who announces every stage of a break up or rekindling because it's just simply annoying. So, I've bottled it to myself for a good few months, finally processed everything & have just typed out one of the most nerving blog posts to ever hit Louulia. I don't often spill my heart & when I do it gives me major doubt. But here you have it..

If you're currently in the middle of a nasty break up, or unsure whether to take things to the next level with an ex because of the fear of judgement or you're now onto the new chapter of your life - please remember that there is no right or wrong. As I said, each relationship differs from the next, the situation & circumstances are a total contrast from one another & you, only you know what you need to do next.

& the bigger the slab of chocolate, the better.. duh.