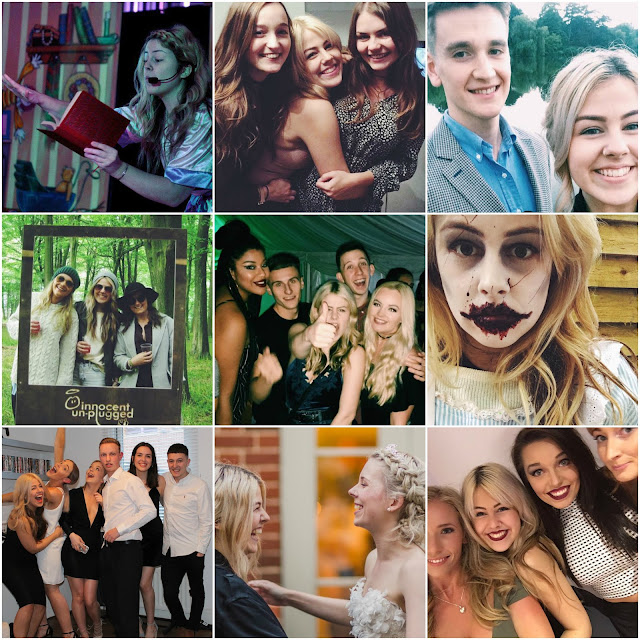 I've never written a post like this before but I saw a couple of fellow bloggers write up their 2016 highlights and therefore I wanted to jump on the bandwagon.
Some of these moments for me were more of a personal highlight and something that I may have no mentioned on my social media or blog but I thought it might be quite a nice summary of 2016 to write them all together in this one blog post. 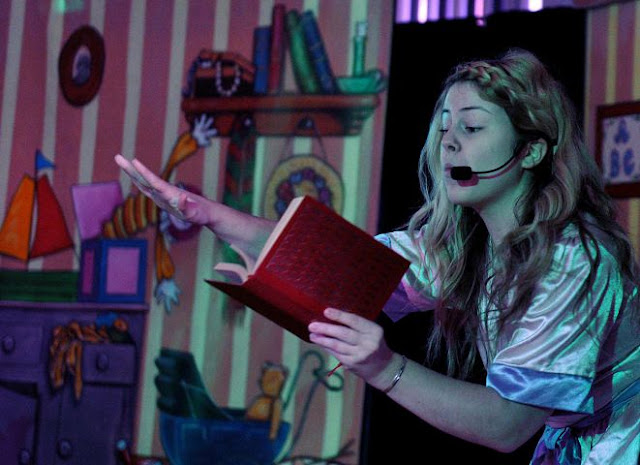 This has to have been one of my biggest achievements to date as an aspiring Actress! Being able to say and have written on my CV that I completed a 6 month tour around the UK is absolutely incredible and my first real taste of travelling seeing as I've never really explored the UK let alone the world.
It was a tough challenge and a lot of pain seeing as I managed to twist the ligaments in my foot, causing shooting pain up my shin and a constant dull aching in my leg. It was also very rewarding and I played a dream role of Wendy, which is of course a character from one of my ultimate favourite childhood stories of Peter Pan.
I feel the tour really pushed me as an Actress and really stood the test of stamina and determination to fight through common sickness and bad weather (carrying the set through Scottish gales was not pretty!). 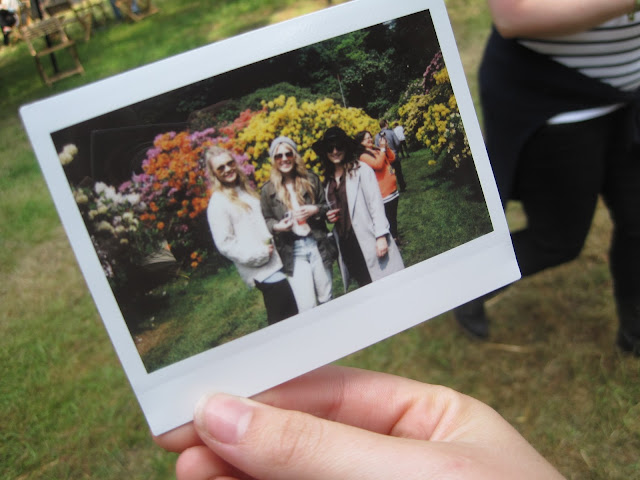 I'm not really a festival kind of girl, it doesn't interest me at all really and I'm not very good with big crowds of people- especially when most of them are extremely drunk! So to go to a very low key style festival, where everything was super chilled and tranquil was so, so refreshing.
The Innocent Smoothie Unplugged festival is located in a secret, rural location somewhere in Kent and is based within a foresty area, with lots of nature and foliage everywhere. I believe the location changes each year and is released a few weeks or even days before the actual festival to keep it top secret.
I'm very much a home person, so for me camping is my worst nightmare, however, waking up at Innocent Smoothie Unplugged was kind of pleasant and not at all what I was expecting? They even greeted us in the morning with complimentary smoothies!
I drank my body weight in blended Innocent Smoothie goodness those couple of days and it was absolute bliss! 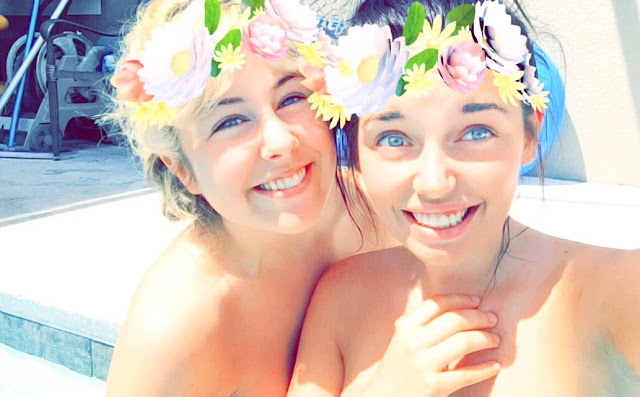 *Don't worry we're not naked!*
Meet my best friend Danni who is now extremely lucky to have relocated to Florida where sun, sand and Disneyland are right on her doorstep. Seeing as I really fancied a holiday and my best friend now lives in one of the best places (my personal opinion) in the world, it seemed only right to go and take a week out of work to go and see the old buddy and of course enjoy the glorious weather of the USA.
So I scraped my savings together and bought a return flight, which is one of the scariest yet most exciting trips I've had the privilege of having. I have the worst paranoia when it comes to travelling and so for me to take a 9 hour plane trip by myself really was a massive test for me. I'd also never really directed myself around an airport before, so again that was another challenge for me to overcome, even though I know it may be the simplest of tasks for most people. However, I made it there and back without any error! 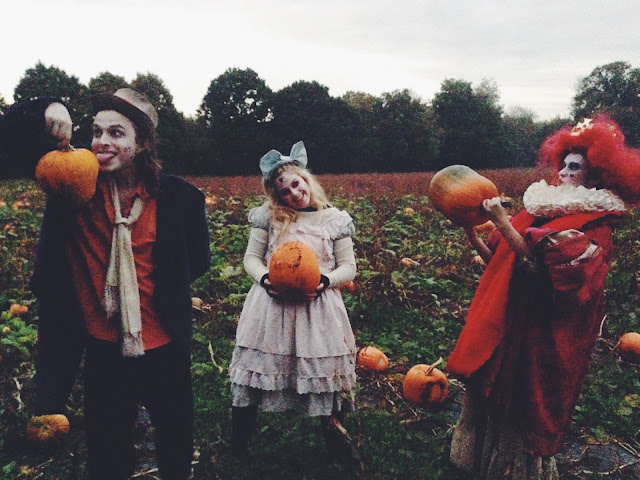 I still talk about this incredible journey pretty much everyday! It happened so, so quickly and I can't believe how much fun I had performing as a 'dead' Alice in Wonderland every night.
Tulley's Farm was a Halloween event that I applied to audition for a few years back, made it through to round two but then was struck down by a horrendous throat infection that left me with no choice but to cancel.
2016 was the year that I decided to reapply for the audition, made it through to round two again and then managed to grab myself a spot on the Horrorwood Hayride! ..Along with a black eye that I managed to pick up on the way from the second round of auditions, thanks to someones elbow colliding with my eye socket, ouch.
I have never been so in my element when performing each night, scaring the absolute sh*t out of customers and being able to really push myself as a performer. This was a challenge in a totally different way to tour as it's physically a lot more demanding. It would be very unusual if you didn't wake up with brand new, swollen bruises on your knees each morning.
I was also completely mesmerized by the fake blood, different uses of latex and make up that you could play around with to create gruesome effects that looked incredible.

|It's All About The Team| 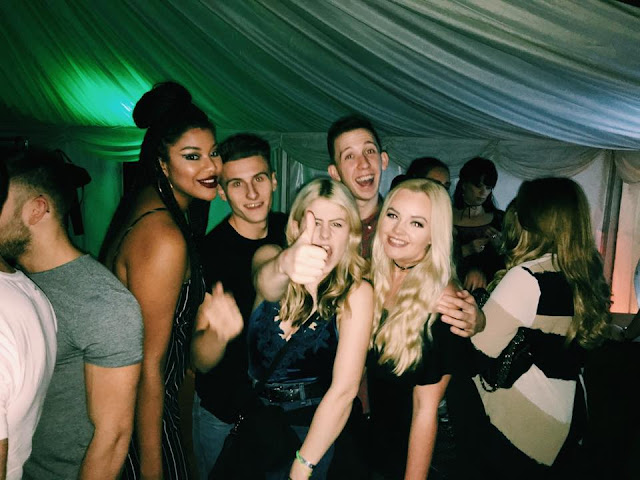 I 100% stand by it when I say that the team pull you through the work load and that was put into practice when I joined a Grotto later on in the year just to keep money ticking over but also because I thought it would be quite a festive environment to get you into the spirit.
Unfortunately, things weren't quite as planned and the company we worked for weren't the best, meaning a lot of complications and unnecessary stress was caused, leaving the festive spirit way, way behind. But I had the pleasure of working with some of the best people alive!
We called ourselves The Wolfpack because we stuck together like glue and pushed ourselves through each week with ridiculous humor and personal gags that we still bring up whenever possible. I can honestly sit here in my cosy little bed and say that these beautiful people took me through one of the most tiring times of the year and made it so worth coming into work each day just so I could see their faces.
Here's a photo from our little night out in Gravesend where we are a little worse for wear but having an absolute ball! 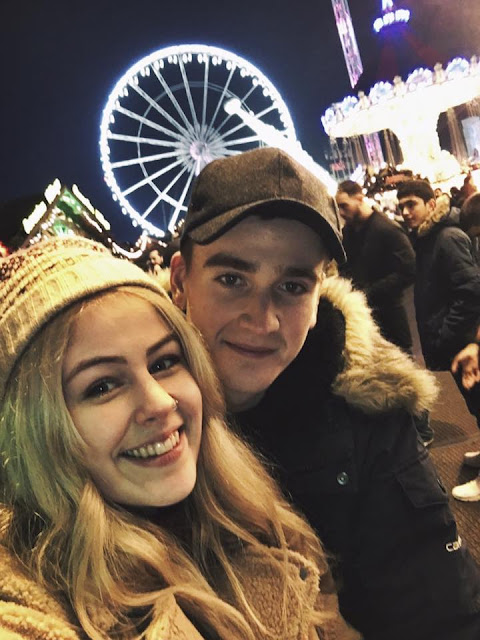 .. And finally! New Years Eve was a bit of a ball ache for me, excuse my choice of words but I ended up coming down with some sort of flu the day before New Years and it just took over my body. I was feeling weak, had a really upset stomach, a dull ache in my head and my lower back was absolutely killing me for some reason?
I didn't want to sit in for New Years and feel sorry for myself, so we decided to go ahead with our plans and make the most of the celebrations. I lasted until 10:30pm before deciding to be anti-social and heading home. I spent the countdown snuggled up in bed next to this one, feeling very, very sorry for myself and ever so apologetic for leaving earlier than planned.
But like always this lovely being stuck by me and without being completely cheesy and corny, I'd say meeting him was a highlight of 2016!