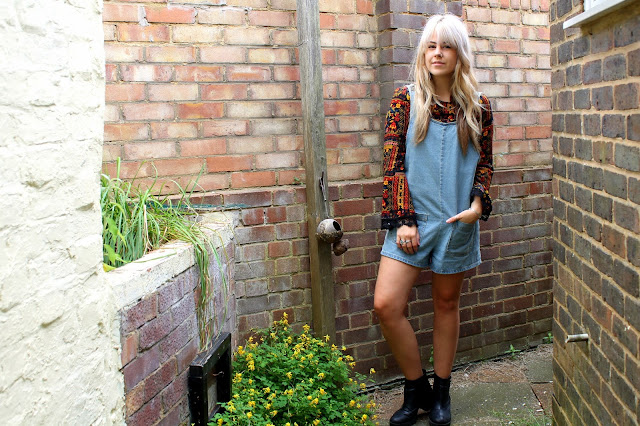 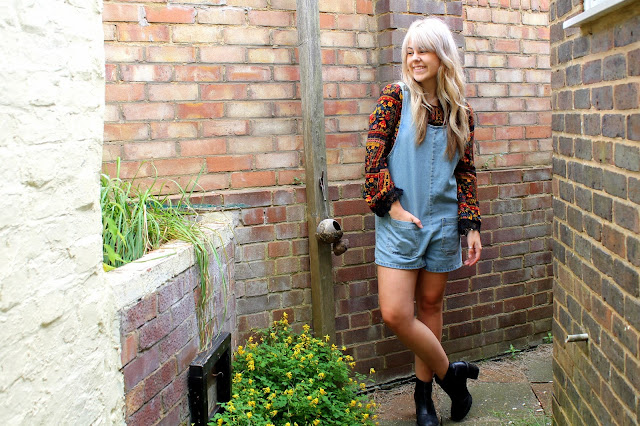 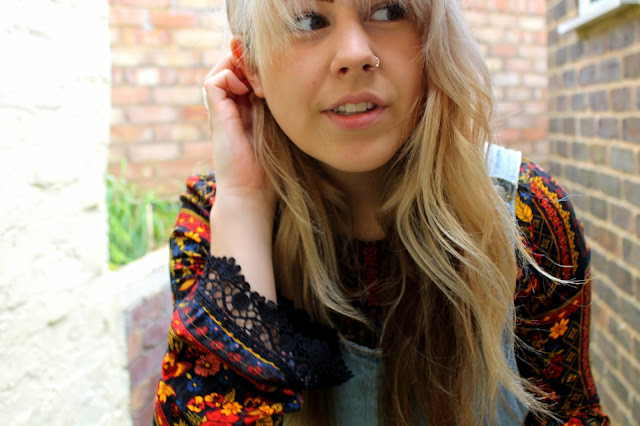 Bit of a boho vibe explosion for today's look with lots of pattern, lace, dungaree's and a pair of little black boots. Plus, the beachy waves in my hair were just the cherry on top for this overall very carefree casual outfit.
My blouse is from H&M and is part of their Coachella range, which was released earlier this year and I've featured on my blog previously.
I love the dark mixture of floral print and the slight 60's appeal, which really makes the garment unique and such a statement piece.
I've decided to pair my blouse with my Boohoo short style dungaree's that are too perfect for layering up whatever the season.
As it wasn't the warmest of day's I stilled try to pull of a Summery look without being too daring and end up freezing whilst wondering around outside.
For some reason.. I bared the legs, can't say it was one of my brightest idea's but there was no way in August that I would be wearing tights.
On my feet are of course my trusty Newlook cut out boots that I literally don't leave the house without anymore, they're pretty much attached to my feet.