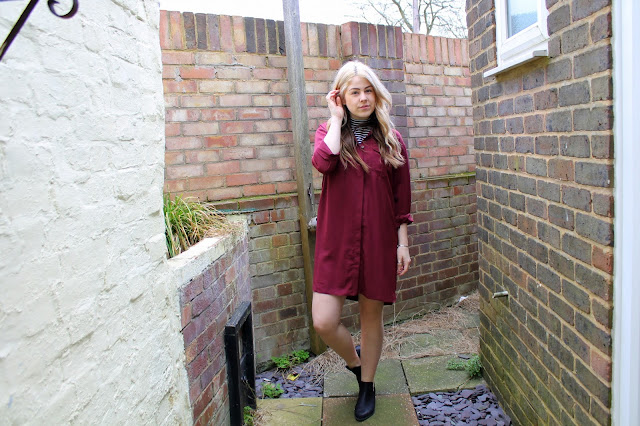 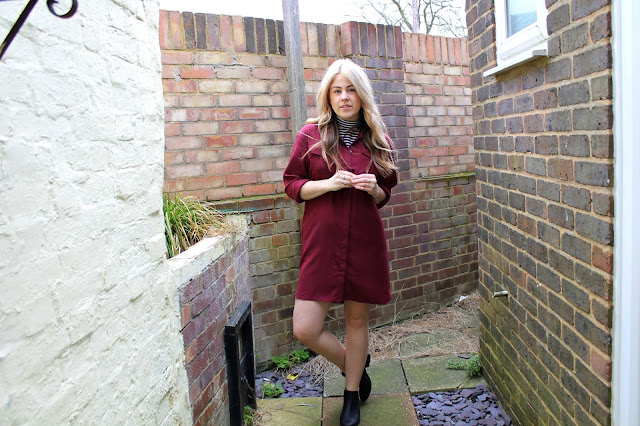 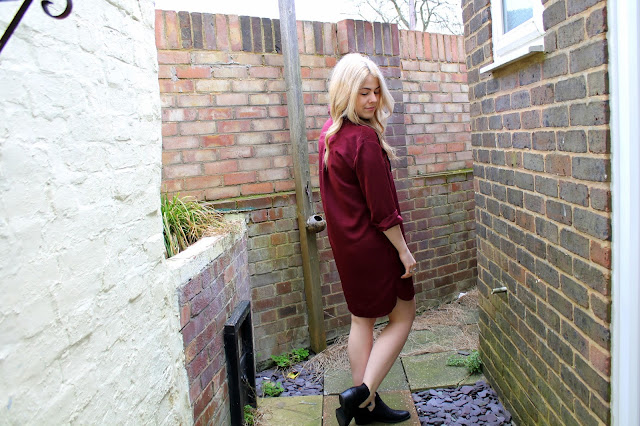 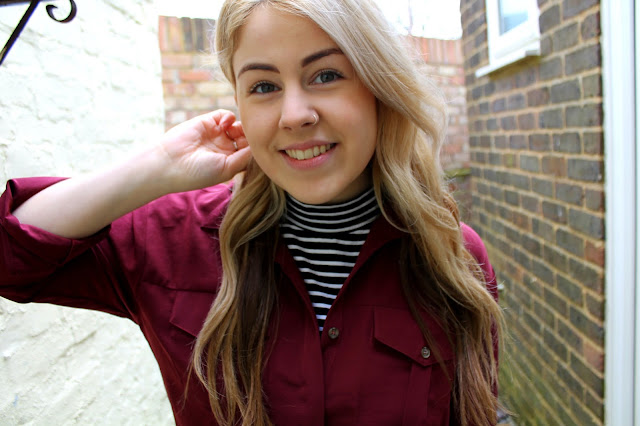 You know when you're so desperate to wear an outfit that you've had planned for agesss and then when it comes down to wearing it the weather just doesn't agree with you? Yeah, that happened.
I've only ever worn this burgundy shirt dress from Topshop once and therefore it was hanging from my clothing rail, longing to be worn just one more time so I couldn't resist. However, it meant that the cloudy, chilly weather outside was going to be a little problematic as I really couldn't bare the thought of wearing tights. It's just the constant hassle of yanking them up when they slip down all the time, I mean it never looks attractive does it?
So, I took the plunge and went bare legged. Bloody hell did I regret that one! However, the final overall look was so so worth it!
Underneath my dress, poking out at the neckline was my Primark striped navy and white roll neck top, which still kept an element of Winter in my outfit.
Boots are Newlook, which seem to have made an appearance in pretty much every post over the last couple of days?..