So.. as promised in my previous entry I will dedicate this blog post to my time in the Isle of Wight! Veeeeeeery exciting stuff. 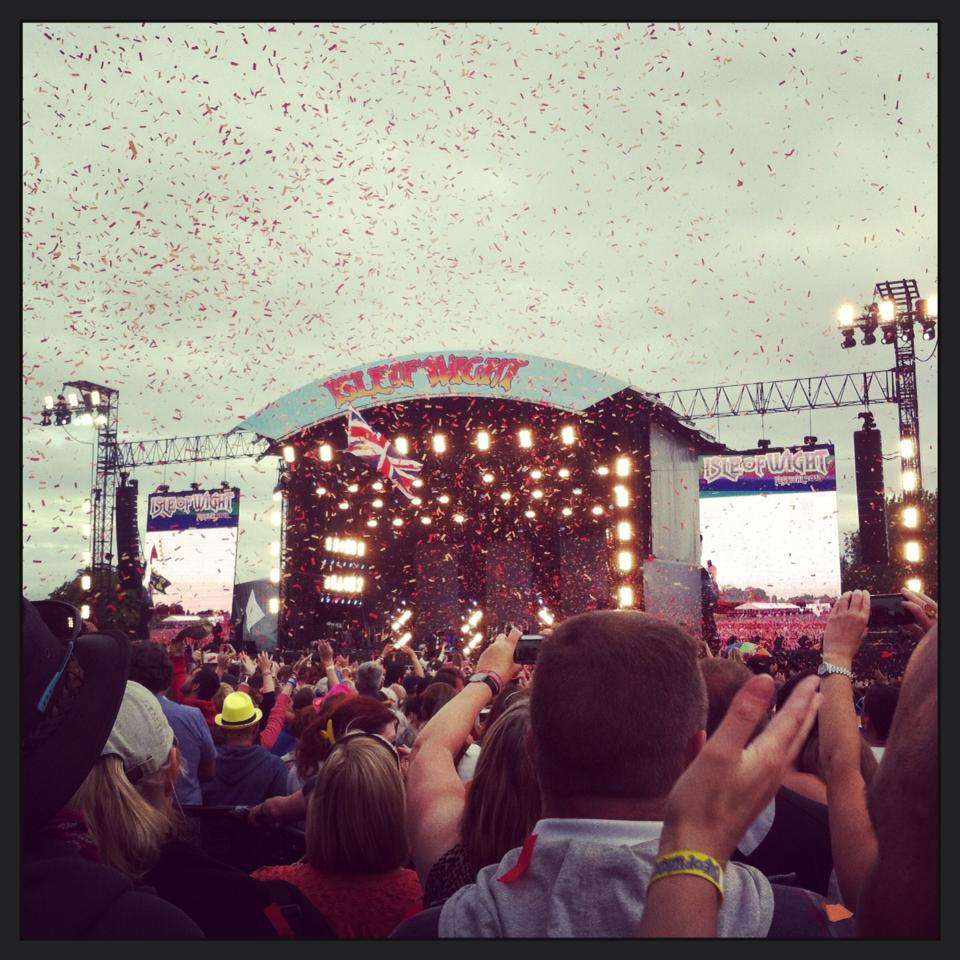 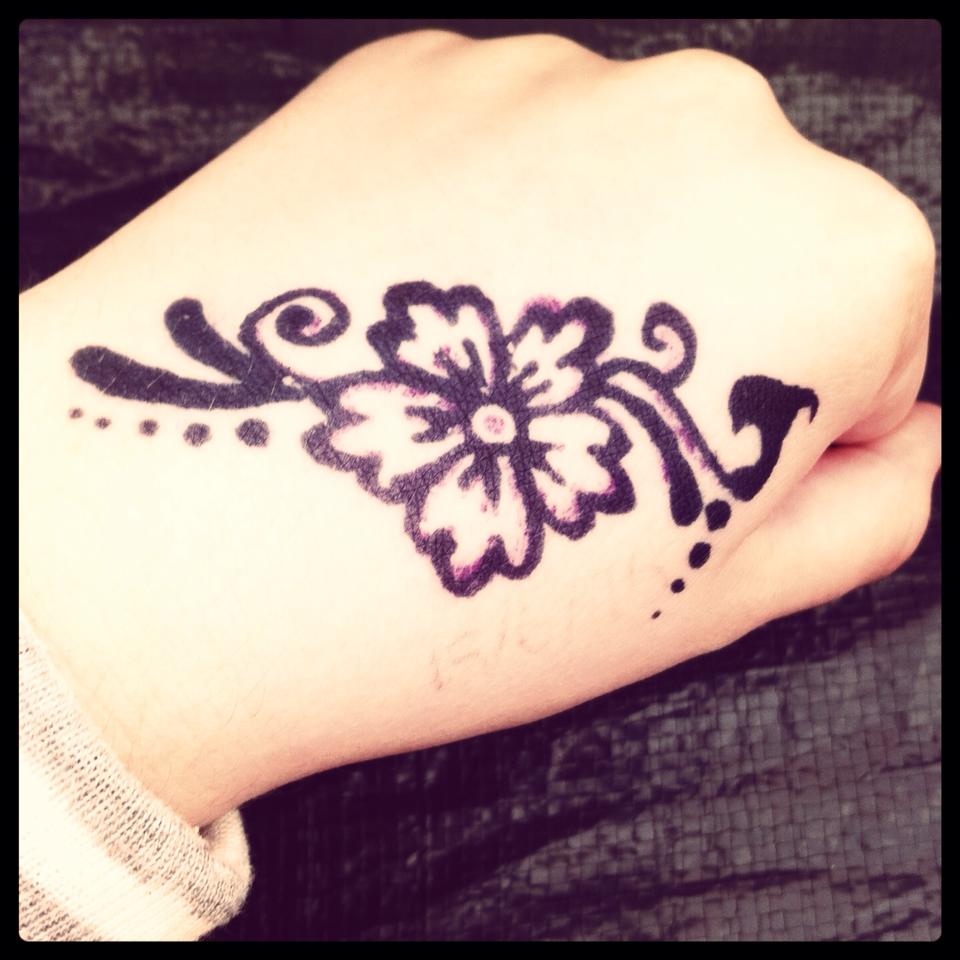 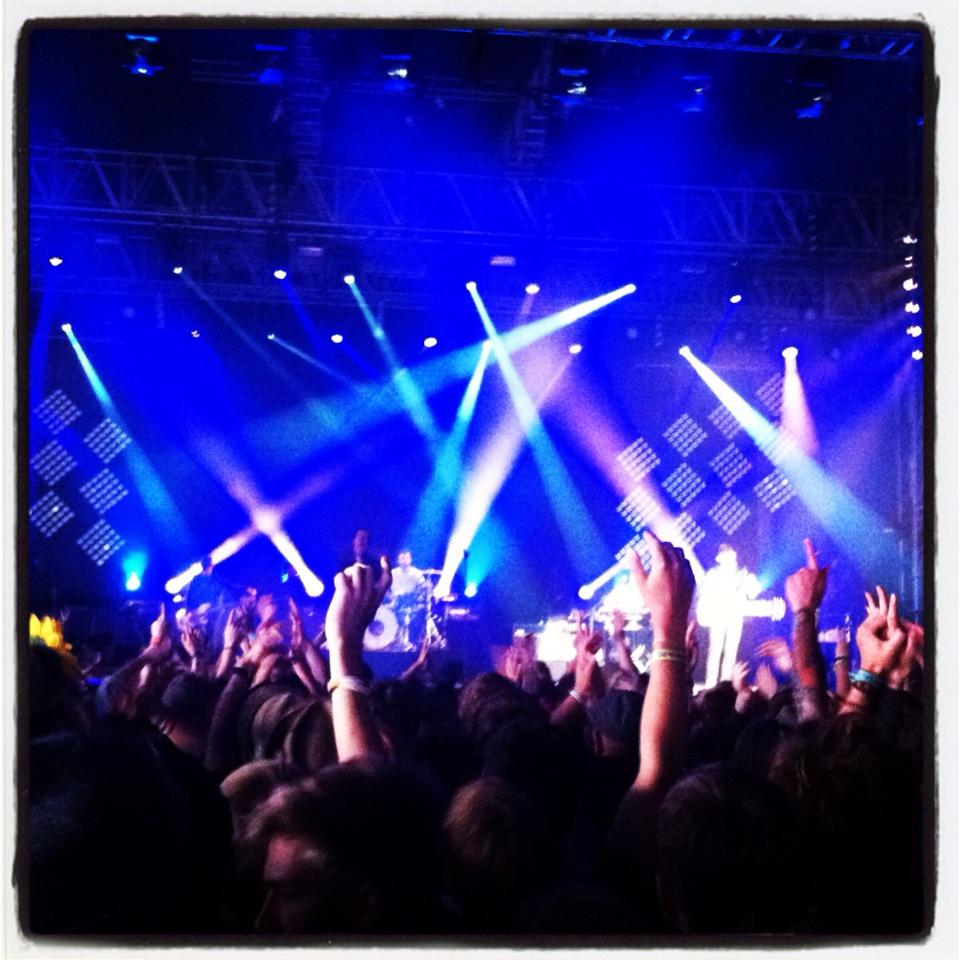 I think the photo's should sum up my experience! After all, a picture is worth a thousand words.. especially if they're Instagram edited!! So therefore, here are just a few snap shots I took with my phone to represent the atmosphere of those beautiful four days[:

Why the Isle of Wight festival? Basically, me and my friend Phoebe decided that we wanted to be those crazy kids who have a festival filled summer but we couldn't decide whether to spend a small fortune on the tickets. Then, after some much needed website stalking we discovered the genius idea of working at them instead!! 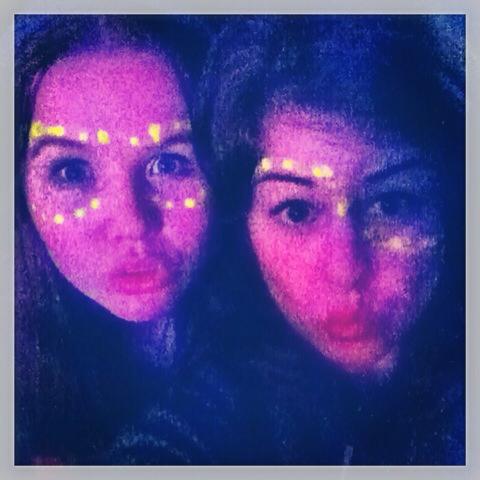 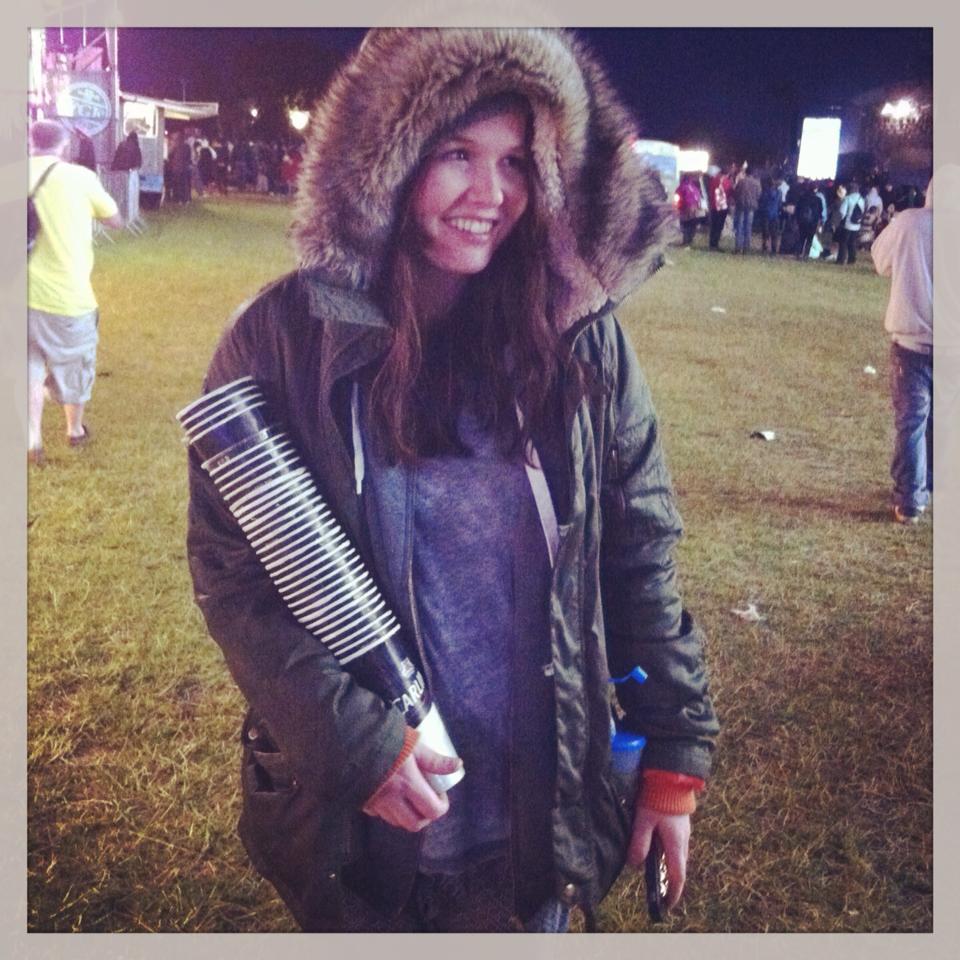 Phoebe collecting cups after a sugar rush of slush puppies. Every cup was worth 10p in a recycle marquee.

After a crazy coach/ferry journey to the Isle of Wight we managed to pitch our tent in ridiculous gale force winds (God only knows how!). Then came the work! We decided our best bet for successfully securing a place at the festival was to apply for bar work as we had both had previous experience. But there are so many different opportunities available for working at these events. You can find the information on the festivals website's, which is extremely handy for internet nerds like myself.

The bar work itself was soooo simple and didn't really require much hard work as you were simply topping up shots of spirits in plastic cups with fizzy pop! Simples eeeek .. (that was supposed the be the meerkat noise from the telly by the way)

We also then got extra luxuries such as camping for free, food tokens for a hot meal a day, access to area's that are shut earlier in the day and we got paid!! The only problem was we were unaware of the hours we had signed up for (always read the small print blah blah blahhh) and we started with working 15 hours each day. We soon managed to smooth this all out with management and change our shifts.. PHEW! 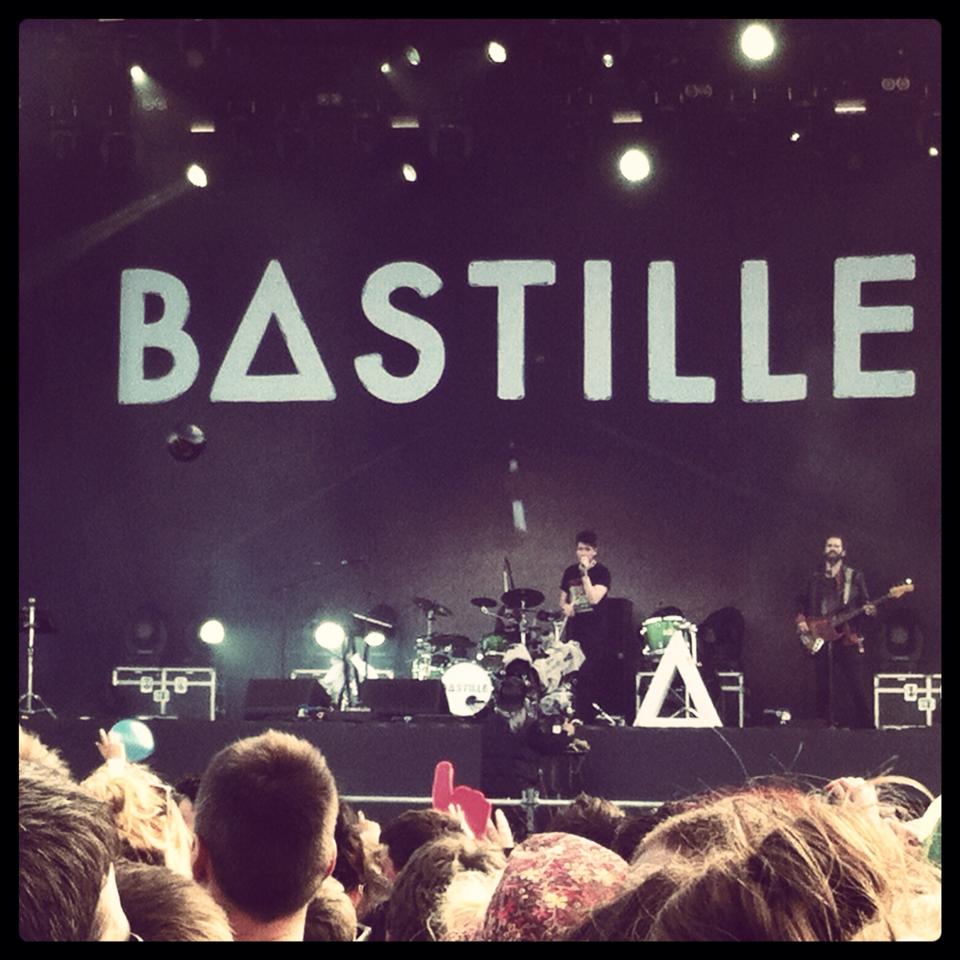 The festival itself though was AMAZING and I totally recommend it to anyone thinking of going next year. Plus the Isle of Wight is such a pretty island and had such a lovely sea side town. But the wind was craaaazy at times! I genuienly feared our tent lifting off the ground one night it was so strong. 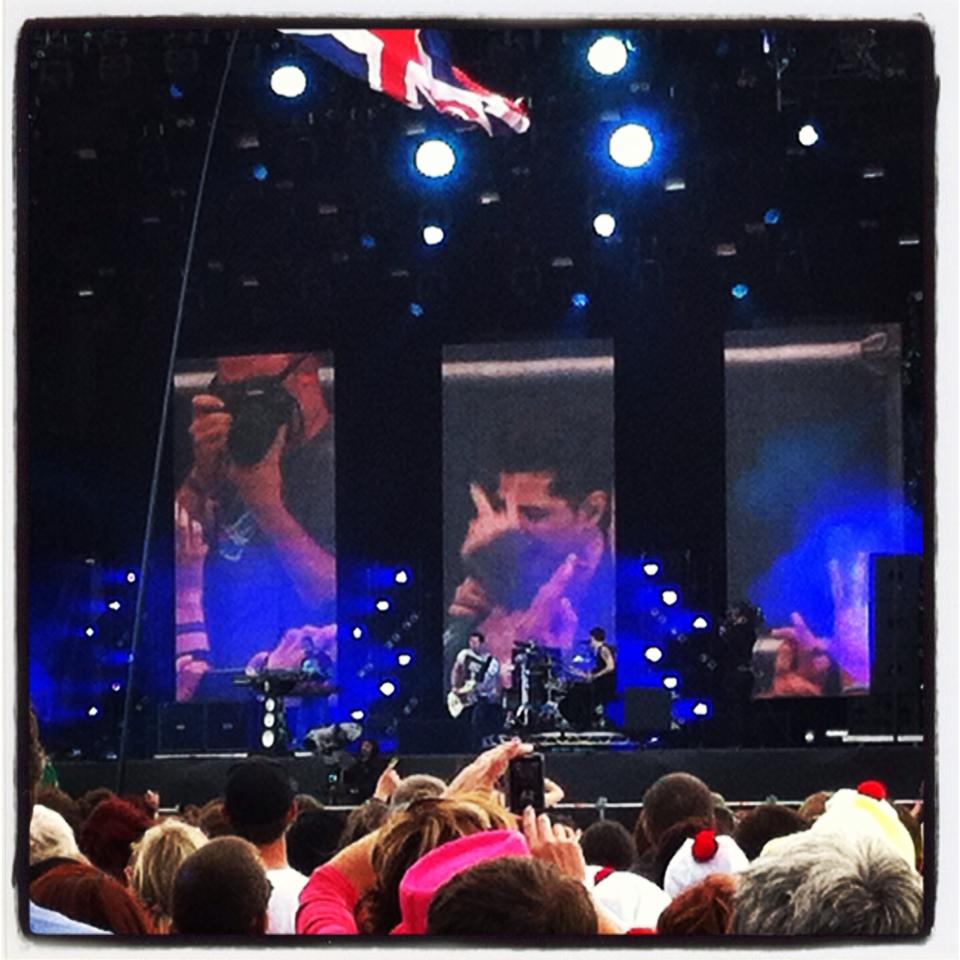 The bands were another highlight of the festival. There was such a variety at the different stages that there seemed like there was something for everyone. Bastille and FUN were my ultimate favourites. I've always been huge huge huge fans of both but seeing them live really was the cherry on top. I also read that Bastille had bought themselves tickets for the festival unaware that they could be playing?! Mad. There were also a lot of families that came to the festival, which really created a friendly and buzzing atmosphere. Something different?! I would have been one happy kid to have a day out at the Isle of Wight festival! Corrr. 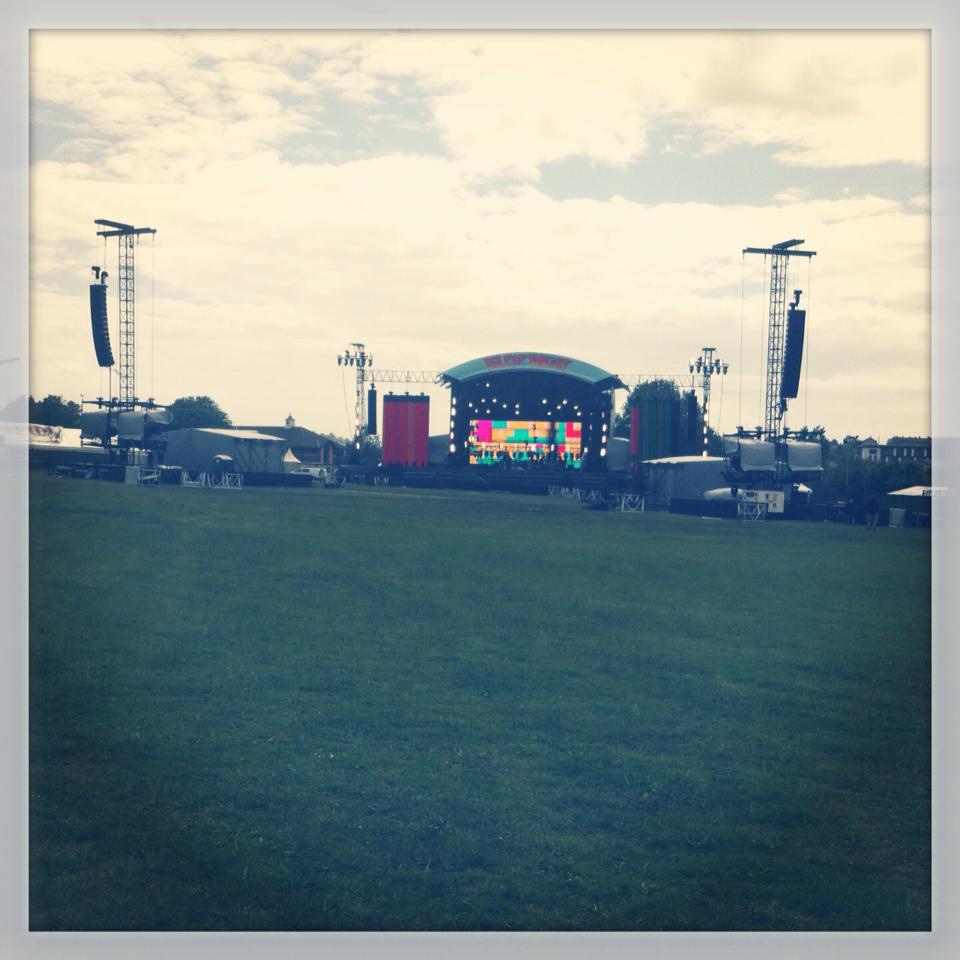 .. But I offically despise porter loo's. Worst creation in the whole entire world. They made me feel so grotty and hideous just by stepping inside of one and forced me to drink as little as possible as I really dreaded when nature called. However, on the plus side, if you had a spare £30 floating in that lovely purse you were able to purchase a wrist band that allowed access to posh cabin style toilets with.. wait for it.. SOAP! 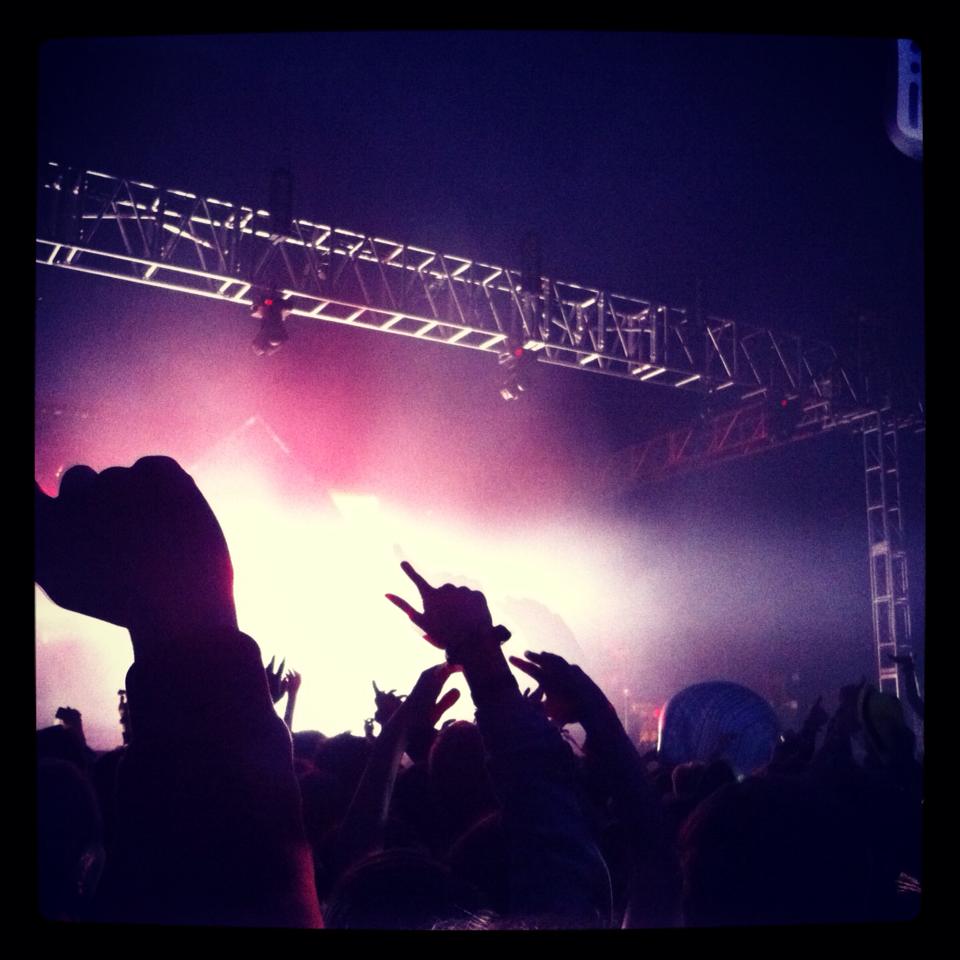 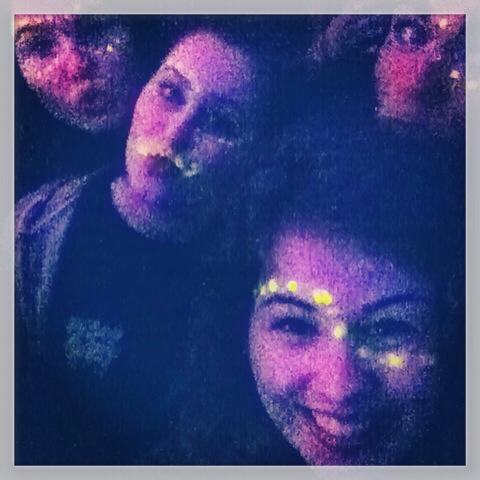 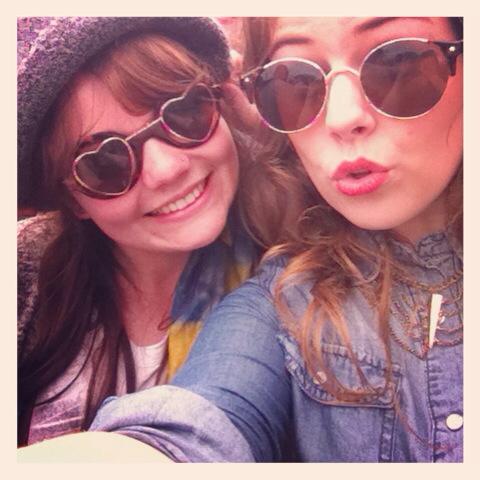 There's also soo many unique stalls selling festival gear as well as souvenirs. How could I resist spending a couple of pennies? Hence my new faux ink..

I made a bunch of awesome friends whilst living the campers life style as well as seeing some incredible bands play live, which I doubt I'll be able to see again. Also BON JOVI was there?! HOLLA! I do love him. One of those experience's you won't be forgetting too quickly!!
If you have any questions you would like to ask about working for a festival let me know[: always happy to help.. if it helps at all?! But definitely hoping to work at V Fest later this year. Exciting times in store hopefully! It's definitely a cheaper alternative that forking out for a ticket that I would be forever in dept for.

Although my mini get away now never feels like it even happened (why does this always happen after a holiday?) and I miss the festival liveliness and excitement.. I am super happy to be back in my own bed. Mm comfort! 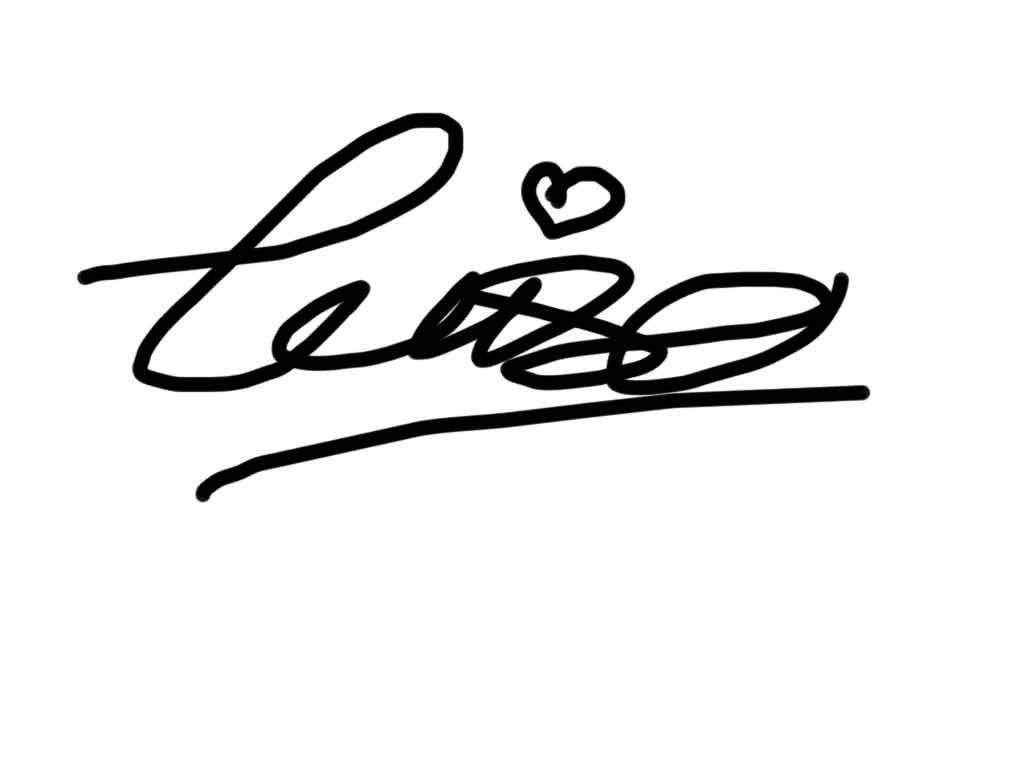